Crafting season is getting into full swing now so I hope you are all able to enjoy some creative therapy now the kids are well and truly back into their school routine. :)

This week I'd like to share a 'nifty' little idea I picked up from a BuzzFeed Nifty video (you can view the video on Facebook). As I didn't have any food colouring to hand I thought I'd experiment with some Brusho powders and sprays (they are water-based dyes so I figured they'd be ok)... 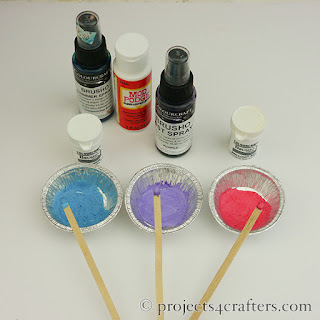 Also add a few more drops of water to each mix to thin the medium a little. 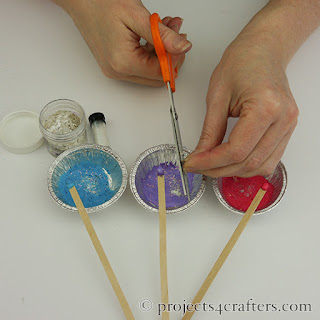 Step 2. Mix in some glitter and any iridescent inclusions you want to add - I think the more you add the better here as I thought I had added loads but it wasn't as obvious at the end as I'd expected. I added standard glitter, some mother of pearl flakes and some cut up glitterati. If you have large glitter flakes then I would definitely add that - or maybe some Jo Sonja's Opal Dust with it's holographic particles. 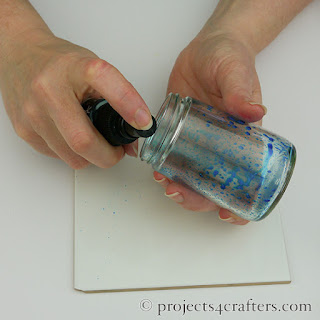 Step 3. I also sprayed some Brusho shimmer spray inside the jar in the hopes that it would give a more iridescent finish but again I'm not sure that it was particularly effective. 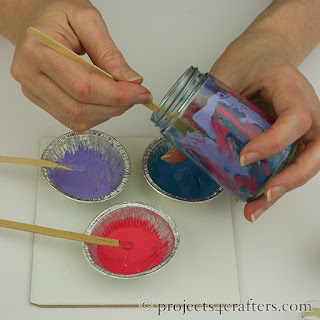 Step 4. Daub the mixes randomly around the inside of the jar. (I have a feeling that either I didn't put enough red mix in or that the red is more sensitive to the oven temperature than the blue as it wasn't very obvious when it was finished.)

Having covered most of the glass, rotate it in your hands to evenly distribute the medium. 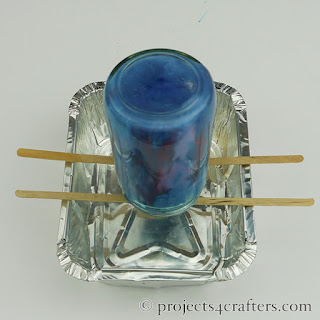 Step 5. Turn the jar upside-down for 5 minutes for the excess medium to drain. 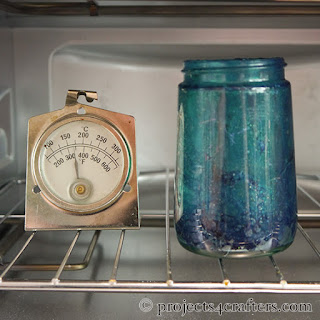 I noticed that some of the medium seemed to pull away a little from the jar but what I hadn't realised was that my oven got far too hot (over 200ºC) for a few minutes which may have affected the finish. 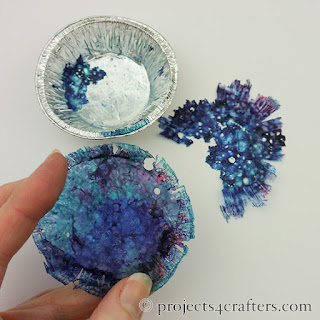 I ended up mixing the remains of the three colours in one of the metal dishes and popping it in the oven for a few minutes too. I'm thinking I might use it in a mixed media project and even try punching a shape out of the thicker piece.

You could always plaster a thick layer of the mix onto a poly pocket and leave it to dry naturally and then, when dry, peel it off and punch out shapes as window decals.

And here's the finished jar... 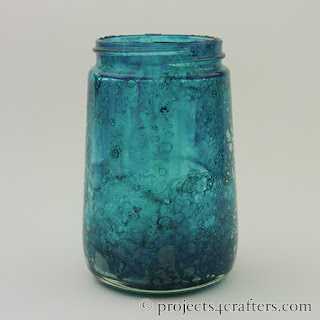 Looking at the final colours of the leftovers and the finished jar I think the answer is to not bake it too long (or even too hot, lol!)

If you want to see anymore Nifty ideas, check out their Facebook page.

Fee
Hi, I'm Fiona Jones, a designer/author who has been crafting all her life and has worked with numerous craft manufacturers since 1995. I wrote The Papercraft Weekend Workbook, have been published in craft magazines and taught workshops at the Hobbycraft Show, appears on Create & Craft TV, Jewellery Maker TV and Hochanda TV. Having demonstrated and taught various crafting techniques to thousands of crafters over the year I decided to set up a crafting website in an attempt to share my knowledge and love of crafts with even more people. I truly believe in the therapeutic effects of being creative.